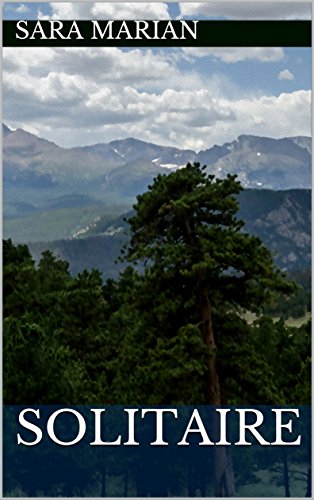 I’ve just released a literary fiction short story, “Solitaire“, on Kindle for 99 cents! Written about twelve years ago, it will be the first of three short stories for Kindle I’ll self-publish through Toxic Pigeon Press this month for the same price. Each story is a different genre, and the other two are re-prints which have been published in anthologies before.

In “Solitaire,” Corey, a young man struggling with self-hate and alcoholism, retreats to the Rocky Mountains to face his fears head-on, leaving behind his closest friends, a not-quite-couple fraught with their own set of issues. A snowstorm takes Corey’s isolation beyond what he bargained for, and self-reliance is no longer optional.

The next two stories, each of which are part of a larger series, will be “Mernan’s Betrayal,” a pseudo-Bronze Age fantasy set in a world called Pasmira (previously published in the Southern Indiana Writers Group anthology Off the Rack); and “She Who Dines on Heavenly Food,” a post-apocalyptic steampunk/cyberpunk crossover set in Chicago (previously published in the Three Fates Press anthology Circuits and Steam). My plan for the coming year is to (a) finish The Death and Times of Seth McCoy and publish it with Per Bastet Publications, and (b) follow up with more short stories from the Tales from Pasmira series and the After the Fall series introduced in Mernan and She Who Dines. Oh, and (c) update the blog more.